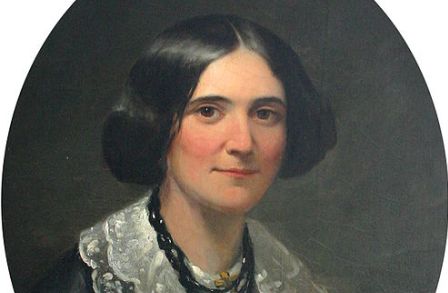 The sisters Alice and Phoebe Cary grew up on a farm near Cincinnati, Ohio. There they immersed themselves in the classics of literature under the tutelage of an older sister whose death in 1833 affected them deeply. Although both published poems while still teenagers, it wasn’t until 1850, after their work had been noticed by such luminaries as Edgar Allan Poe and John Greenleaf Whittier, that a book—Poems of Alice and Phoebe Cary— appeared. After their debut the sisters moved to New York City, where they became central figures in the East Coast literary milieu, contributing regularly to national periodicals and hosting a famous salon on Sunday evenings. They were also active in the early days of the women’s rights movement, with Phoebe serving as an assistant editor for Susan B. Anthony’s newspaper The Revolution.

I am weary of the working,
Weary of the long day’s heat;
To thy comfortable bosom,
Wilt thou take me, spirit sweet?

Weary of the long, blind struggle
For a pathway bright and high,—
Weary of the dimly dying...