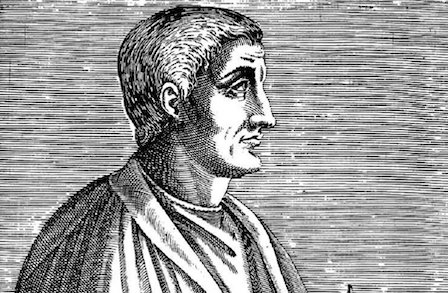 Horace (Quintus Horatius Flaccus) was a Roman poet, satirist, and critic. Born in Venusia in southeast Italy in 65 BCE to an Italian freedman and landowner, he was sent to Rome for schooling and was later in Athens studying philosophy when Caesar was assassinated. Horace joined Brutus’s army and later claimed to have thrown away his shield in his panic to escape. Returning to Rome, Horace began his career as a scribe, employment that gave him time to write. He befriended poets and important figures of his day such as Virgil and the Emperor Augustus, and he eventually achieved great renown. Horace is known for detailed self-portraits in genres such as epodes, satires and epistles, and lyrics.

Leucon, no one’s allowed to know his fate,
Not you, not me: don’t ask, don’t hunt for answers
In tea leaves or palms. Be patient with whatever comes.
This could be our last winter, it could be many
More, pounding the Tuscan Sea on...