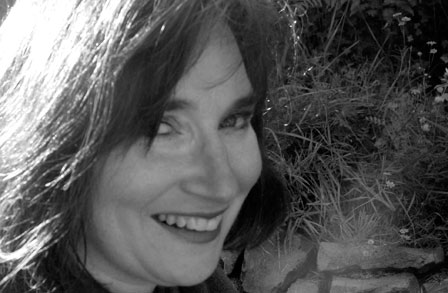 Lucia Perillo grew up in the suburbs of New York City. She earned a BSc in wildlife management from McGill University in Montreal and worked for the U.S. Fish and Wildlife Service before earning an MA in English from Syracuse University. Perillo was diagnosed with multiple sclerosis when she was in her 30s. Her collection of essays, I've Heard the Vultures Singing (2005), is a clear-eyed and brazenly outspoken examination of her life as a person with disabilities. Perillo taught at Syracuse University, Southern Illinois University, Saint Martin's University, and in the Warren Wilson MFA program. Perillo was awarded a prestigious MacArthur ‘genius’ grant in 2000. Perillo lived in Olympia, Washington, until her death in 2016.

I live a small life, barely bigger than a speck,
barely more than a blip on the radar sweep
though it is not nothing, as the garter snake
climbs the rock rose shrub and the squirrel creeps
on bramble thorns. Not nothing to the...