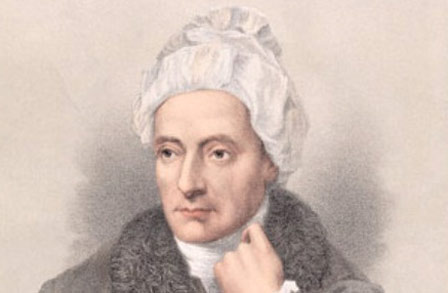 The life of William Cowper (pronounced Cooper) was defined by extended periods of depression and spiritual agony. At age twenty-three, after leaving school, Cowper began to study law, but stopped because of severe depression. He recovered, but soon relapsed, and was hospitalized; while in the asylum he converted to Evangelicalism. Once released, he lived with a reverend and his wife. After the reverend's death, Cowper became engaged to the wife, with whom he lived for twenty-three years, until her death. In "Light Shining Out of Darkness," Cowper explores the relationship between God and the world and how to react to God's unfathomable power.

Light Shining out of Darkness

1
God moves in a mysterious way,
His wonders to perform;
He plants his footsteps in the sea,
And rides upon the storm.

2
Deep in unfathomable mines
Of never-failing skill,
He treasures up his bright...