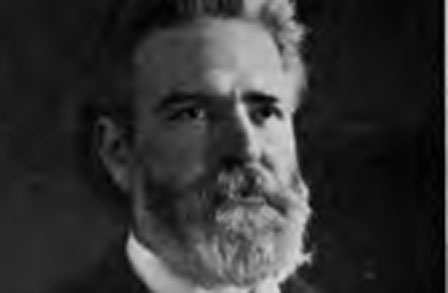 One of the most popular poets of his day, Edwin Markham has been largely forgotten in the history of American letters. Born in the Oregon Territory, Markham spent the first decades of his life as a teacher while trying to establish a literary reputation. He gained national prominence with his poem "The Man with a Hoe," which combined his mystical spiritualism with the reform movements of the day, gathering much praise and criticism about his social stance.  Unfortunately, with the rise of Modernism, Markham's conservative poetry lost much of its literary standing, though he does represent a stage in the history of American literature.

I would my soul were like the bird
That dares the vastness undeterred.
Look, where the bluebird on the bough
Breaks into rapture even now!
He sings, tip-top, the tossing elm
As tho he would a world o’erwhelm.
Indifferent to the void he rides
Upon the wind’s...