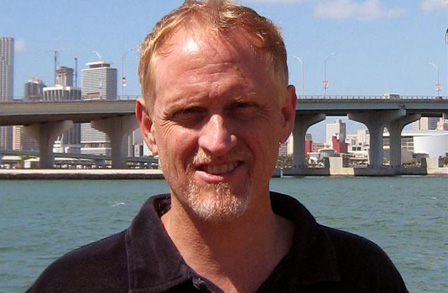 Born in Chicago to Irish-Catholic parents, Campbell McGrath earned his BA from the University of Chicago and MFA from Columbia University. Influenced by Walt Whitman, James Wright, Sylvia Plath, and Rainer Maria Rilke, he writes predominantly free-verse, long-lined, documentary poems deeply engaged with American popular culture and commerce. A master of the long poem, he has also written many prose poems as well as shorter lyrics. McGrath has taught at the University of Chicago, Northwestern University, and Florida International University.

Today is a trumpet to set the hounds baying.
The past is a fox the hunters are flaying.
Nothing unspoken goes without saying.
Love’s a casino where lovers risk playing.
The future’s a marker our hearts are prepaying.

The future’s a promise there’s no guaranteeing.
Today...