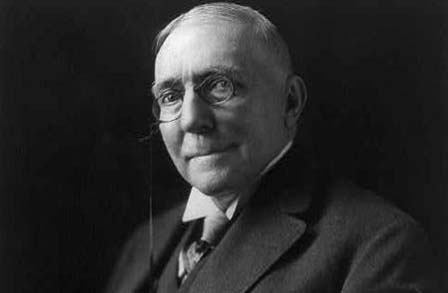 Known as “The Hoosier Poet” because of his birth in Indiana and poems celebrating the state, and as “The Children’s Poet” due to his appeal for young readers, James Whitcomb Riley was one of his day’s best-selling writers. Full of sentiment and traditional in form, his work features rustic subjects who speak in a homely, countrified dialect. When Riley died, Woodrow Wilson called him “a man who imparted joyful pleasure and a thoughtful view of many things that other men would have missed,” and some 35,000 people filed past his casket in the Indiana State Capitol.

The Days Gone By